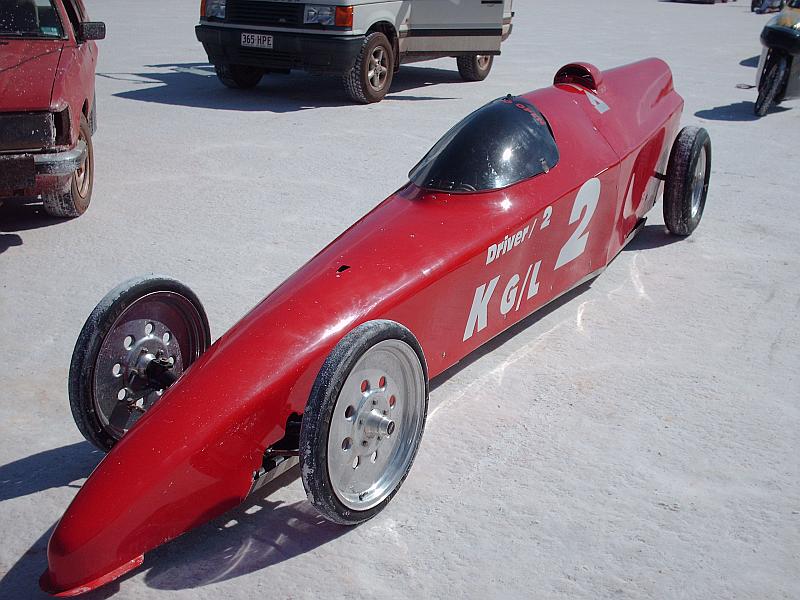 Andy is also another of the founding fathers of Salt Lakes Racing in Australia and the Dry Lakes Racers Australia. He was part of the group that set out to find a suitable location back in 1987 and was there to race at the first Speed Trials in 1990. He took his street registered '28 Ford Tudor and ran 57.28MPH in the G/GC.

Over the years Andy has become the father figure of the DLRA and has put in a tremendous amount of his own time and effort to make sure the Speed Trials are the success they always are. As camp co-ordinator (comindant) he has made this little piece of outback Ausralia that much more comfortable which is very much appreciated by all the crews.