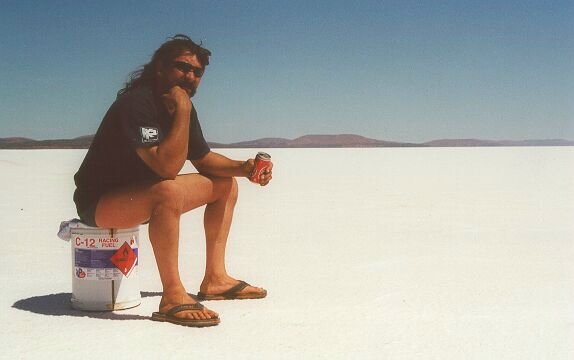 In 2003 Steve brought his postie bike to the salt and ended up as the tender vehicle for Leigh Russell and his diminutive multiple record holding Suzki. Then in 2004 he crewed for his Dad, Ray Charlton with his record breaking 32 Ford Roadster. 2005 saw a return to racing, teaming with Daryl Chalmers and Stewart Pennycook who had just finished a new Falcon race car which ran a very respectable 164 MPH first time out with Steve behind the wheel.

Steve has also taken on the unofficial role of Auctioneer for the Speed Week Charity night. Each year members and supporters donate items to be auctioned, with most gaining far more than their retail price. There are some truly unique items offered and the auction raises a considerable amount of money for the running of the event.